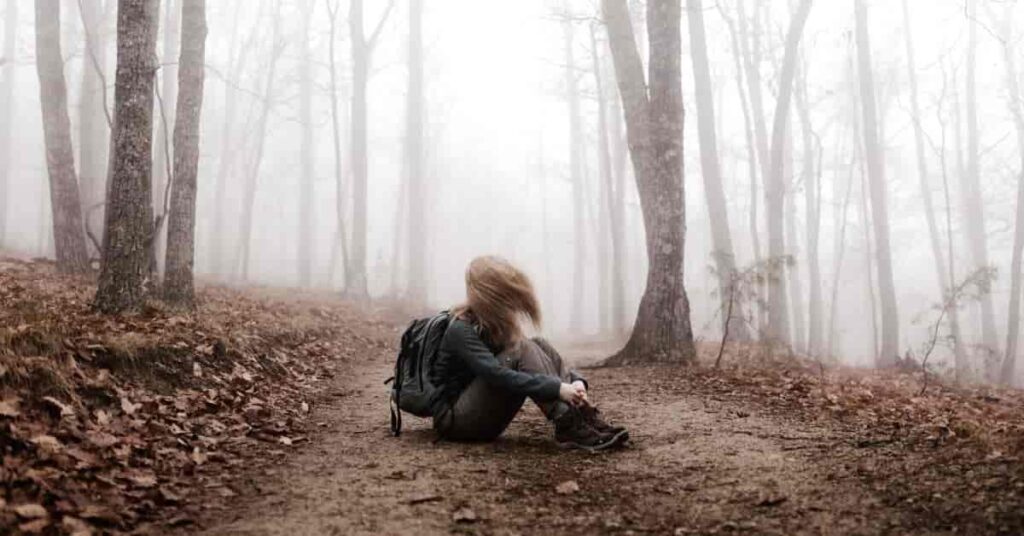 The most painful and surprising truth is that ‘silent treatment is a way of protection.
It’s never intentional, it’s an automatic response from the subconscious, from the pain buried deep inside the person.
Even though it seems like emotional abuse sometimes, it is far away from that.
The person who gives ‘silent treatment’ suddenly builds walls of protection around her.

Why does the person give you the Silent treatment?

Something triggered the pain from the past, and that’s her way to cope with the pain. It’s an automatic reaction, once it was a conscious decision to protect her, now is an automatic response.
As it happened to my friend Angela.
Something always triggered her and opens up the pain from her past. A lot of emotions came up. It was a mix of anger, resentment, sadness, disappointment, helplessness, and fear.
Memories of being emotionally abused, yelled at, criticized, and made a small start to arise. Memories of standing in the living room or kitchen and being constantly criticized by her mother.
Memories of sitting at the desk in her room and being yelled at, her father calling her names, and seeing her as worthless. His anger makes her so small that she just wants to disappear.
The only thing that she could do was to hide her pain and build an invisible wall of protection around her.

Now, years later, whenever her husband disagrees with her, she sees that as being criticized. She did something wrong. And her automatic reaction is to hide behind the invisible wall around her
and just stop talking to him. Sometimes it seems as if she is emotionally abusing him.

They are both in pain, and they are both victims.
Both of them are in enormous pain.
And nobody knows how to build the bridge between them.

The love between them is still there but it’s hidden behind the walls of protection that Angela builds up.
All those painful emotions from the past suddenly open up and the only way she knows how to deal with them is to protect herself, to hide, to disappear.
She will close down, to protect herself from being even more hurt.
The pain is paralyzing, and the only way that Angela knows how to deal with it is to move away from her husband.
‘Silent treatment’ is protection.
It is something that she did for herself, not against her partner.

We just generally misjudge that act like selfish behavior a lot. It would seem like she is trying to punish him.
When in reality she is just trying to cope with her pain the best she can.

Here’s his description of feeling ignored by her

When Angela gives him a cold look or even ignores him or just disappears, he is confused.
For him, it looks like she ignores him, and gives him ‘the silent treatment. And he doesn’t know how to react to that, how to reach her. He gets upset too.
He gets afraid of her reaction. For him is almost like he is walking on eggshells. He never knows when the simple comment will trigger her, and she will give him ‘the silent treatment’.
And it hurt him when she is treating him like that.
He feels guilty and has no idea most of the time what he did wrong.

What is the solution if you are the one who gives your partner ‘silent treatment’?

For Angela, the first step would be to recognize the wounded child inside her.
To see the reasons why she reacts the way she does. And then slowly start a healing journey to release trapped emotions inside her body.
(Read more about ways to heal emotions HERE)

What are the best ways to respond if your spouse is ignoring you?

For her husband the first step would be to see what is going on with her and not feel guilty, seeing that her reaction is about her, not something that he did.
That will help both of them to build a bridge between them instead of feeling like victims.

The first step is to use a simple process of 4 loving questions to explore emotions and real reasons behind the silent treatment.

Here is an example, of what Angela discovered about giving her husband silent treatment.
Her story is about her reaction to her husband asking her about bills that she forget to pay.
The thoughts that crossed her mind were:

He always criticizes me.
No matter how hard I work to take care of kids and the house along with having a full-time job, he always finds something to complain about me.
He doesn’t appreciate me at all.

When I asked her the first question:

Is it true that he doesn’t appreciate you?

Her mind responded immediately with yes, of course.
Then she took a breath in and out and I asked her again

Are you absolutely sure that he doesn’t appreciate you?

This time she took time and noticed what was going on inside her. There were mixed emotions, there was love and there was fear.
She wasn’t so sure about that anymore.

The third question that I asked her was:

What happened inside you hearing his voice asking about bills that you forgot to pay?

She noticed that she freeze, hearing the voice of her mother, the critical voice in her head, her mother’s voice was there. In her head. She could see her mother’s cold expression on her face,
and criticism in her mother’s voice. The feeling of not being good enough and doing something wrong, again, raised in her chest.
She just wanted to disappear and protect herself. She felt again like she is a 7-year-old kid.

Then I asked her if she could just put the picture of her mother aside (just for a moment) and look at her husband without the critical voice of her mother in her head, that she did something wrong again.
How would you see your husband?
She would see the man that she loves, standing in front of her, asking her simple question.
She wouldn’t feel like a little girl, accused of doing something wrong.
That would be such a relief.
Then I asked her

What if the opposite is also true: He doesn’t criticize me

Yeah, maybe. He is just checking if the bill needs to be paid.
Angela starts wondering: What if he does appreciate me?
The reason that he asked me was, that he knew how hard I worked and he was checking if he needs to pay bills to help me

After that, she felt a little bit of relief. the emotions were still there, but at least her mind could see her husband not as an enemy but as someone who she could lean on.
She could separate her mother’s criticism and her husband’s intentions at least for a while.
I also guide her thru the following exercise (starts on 1:15) that help her calm down her emotions.
Until something else will not trigger her.
That’s why this is just a temporary help and the first step.
If you want to know the next step, join me on my 3-day FREE email course HERE…

READ NEXT:5 steps to calm anxiety