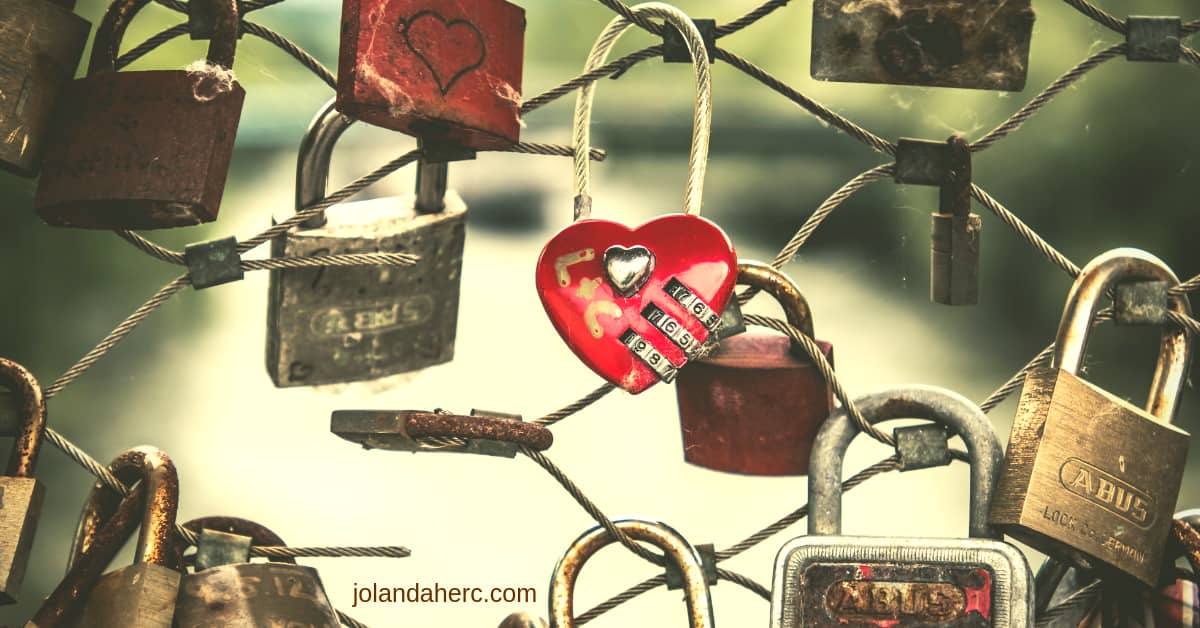 I was walking thru the city of Cologne with my new friend Irene and we came to the Hohenzollern Bridge, famous for Love locks.As proof of their love, couples fix padlocks to the railings on the Bridge; to ensure everlasting love, they then throw the key into the Rein River below. Trying to save their love (marriage?) before it starts. And that love locks bring up painful memories for Irene mixed with lost dreams and hopes.

Save your marriage – start when you fall in love

Irene starts to share with me the story of her marriage. A story, that starts like many others, full of love and a bright future. Similar to dreams full of the love of young couple fixing padlock on the bridge near us.I still remember the sadness in her voice, when she said,

Jollanda, do you know why my marriage fell apart?

Because I criticized him way too much. That is the thing that I regret the most about our relationship. If only I could go back and change that. I always found some fault in him, constantly trying to correct him, nagging him about unimportant stuff. Until he had enough. Then one day he just could not take it anymore and he left.

I don’t know why I so rarely expressed appreciation for him; she shares with regret in her eyes. And there she was, watching young couple fixing padlock to the railings on the bridge and throwing the key to the river full of hopes and dreams about the future. I notice how painful it was for her looking at young lovers, remembering her hopes and dreams that she destroys by her own ignorance and lack of true knowledge. Do not repeat my mistake; you still have the time she said to me.

Are we programmed for criticism instead for appreciations?

And then we went into sharing how in our daily life she and I are so programmed to give unwanted feedback and correct mistakes. To see every fault in our loved ones. She believed that she needs to change him into a better version of himself. Like her mother thought her. And she was doing that successfully. Like her mother did. The thing is, nobody told her what the real outcome of her effort will be. Not what she believed it will be.

The result of criticism – lost marriage

And when she saw with her own eyes the real outcome, lost marriage, it was already too late. And she also discovers one more thing that nobody told her, that he would gladly do so many things if she just stops criticizing him. Allow him to do it in his own way. Help her with kids, help her in the household. Help her with daily chores. If she just knew, that with criticizing she took away all his energy and willingness to help her or just do his part. She knows that now. If she only knew that he would become better version of himself if he has her support and appreciation. We often see appreciation as something to boost a person’s ego. But we are really missing the point. Appreciation is so much more. It is literally one of many ways to save your marriage without relationship counseling. Why?

Appreciation is a tool for:

So back to the story, I made the promise to myself and Irene that I will appreciate him more and I will let her know after one year what happens. And I tried for one year. Tried with some success and then slip back into an old habit of criticizing instead of appreciating or just saying nothing. And repeat that a couple of times. Then I discover one of the missing pieces to succeed. And that changes everything.

Could appreciation tool really save your marriage? It saved mine.

It only took me a minute or two or five every day but the results very astonishing.Finally, I could write to Irene and said to her, I made it, the promise that I made to myself on the bridge of Love locks became alive in my life. Instead of leaving on the bride fix padlock, I left there my judgment about my loved one. And throw the key to the judgment into the river below.So after two years I could finally sit down and start writing:Dear Irene, the promise I made to you and to myself on that sunny August day on love Lock Bridge in Cologne …

How to turn appreciation into habit – avoid relationship counseling

Would you like to find a love that you were feeling at the beginning of your relationship?

READ NEXT: The Secret to Finding Time for Your Relationship – without dates​​​

This website uses cookies to improve your experience while you navigate through the website. Out of these, the cookies that are categorized as necessary are stored on your browser as they are essential for the working of basic functionalities of the website. We also use third-party cookies that help us analyze and understand how you use this website. These cookies will be stored in your browser only with your consent. You also have the option to opt-out of these cookies. But opting out of some of these cookies may affect your browsing experience.
Necessary Always Enabled

Any cookies that may not be particularly necessary for the website to function and is used specifically to collect user personal data via analytics, ads, other embedded contents are termed as non-necessary cookies. It is mandatory to procure user consent prior to running these cookies on your website.