How To Save Your Relationship

When You are The only One Trying to Save it 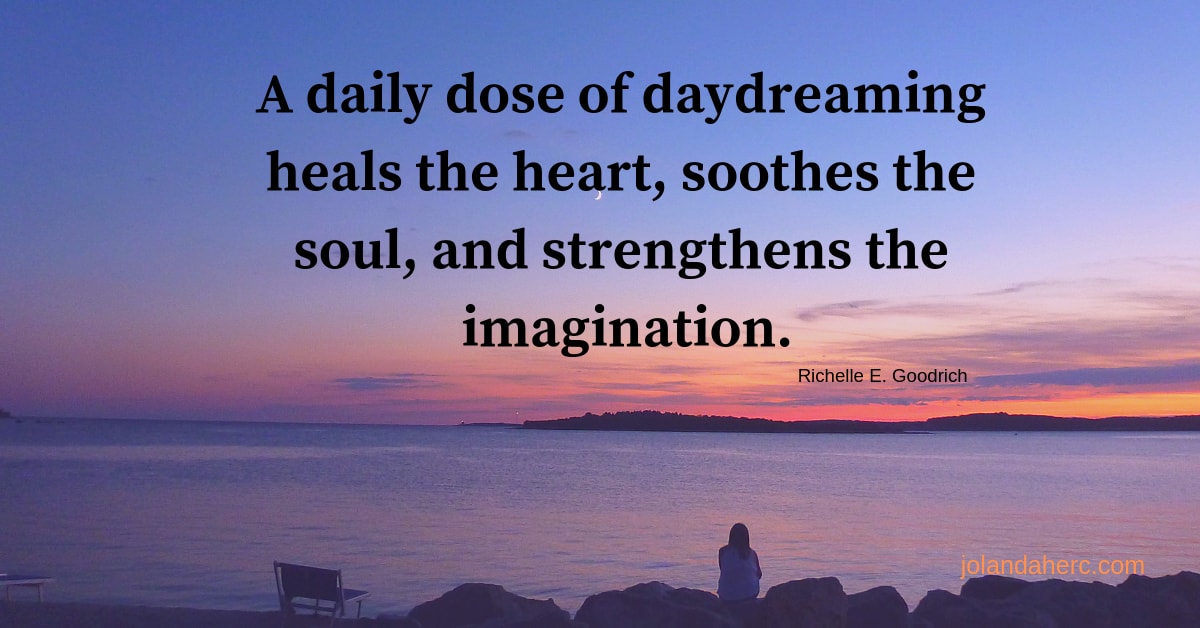 Although we’re often told that having our head in the clouds is a waste of time, daydreaming could be a tool to increase happiness in a relationship.

We all daydream more or less. While daydreaming as an escape from boring reality could be counterproductive, it could also be used as intentionally creating the future that you want in your relationship.

5 ways to help you start daydreaming about your relationship to increase happiness and love:

What could daydreaming add to your relationship?

Daydreaming leaves you empowered satisfied and energized because you are the one feeding your mind with positive images (and your heart with uplifting feelings) of your joys, desires and wants in a relationship. You seem to be in control of the outcome. You decided what you want. In your fantasies, you could also play out different scenarios and see what you really love to feel and experience It helps you discern what you don’t want to experience and leave out of the daydream before it became reality.

We all know how sometimes we have a dream list about our relationship and then the dream come true and we are disappointed.
The picture on the outside is exactly the same that we wanted, but the feeling is missing.

So many times we adopt imagines and ideas from others what would make us happy in a relationship.
Daydreaming, including the feelings that we want to experience, could create a vision of our future reality.
The reality that includes exactly the same feeling in a different form and in a different surrounding.

The future could bring us a totally different reality on the outside, but the feeling that we experience is exactly the same as we daydream about.
Isn’t that what you really want? Maybe not the sunset on the beach, but the feeling of you two being together feeling love for each other with our without the exact same picture with a sunset that you daydream about.

A difference between “mind-wandering” and “daydreaming”.

The mind-wandering is the way to escape from reality that we could not change.
While daydreaming is more about using creative imaginations to start envisioning who you and your partner are meant to become, it’s about dream come true scenario about your relationship.

Daydreams can change our mood – they can relax us and change the way how we feel at the moment. It also moves us from our logical mind and thinking into our heart and feelings.

Daydreaming isn’t a waste of time, as we’re often told, but the gateway to creativity, problem-solving, especially those persistent problems that keep coming up in our relationship.

We often try to push aside daydreams once we are married, because they are so frequently so different from the reality that they seem to make trouble rather than do anything constructive. But daydreams can be useful tools. Instead of either trying to make your dreams come true or pushing them aside completely, you can turn your daydreams into a reality of your future.

I noticed when I have a busy week with clients and my kid need more help with his school work that I tend to worry more and daydream less.

I use to believe that it is just coincident that I get less loving attention from my spouse.
Then I read about a study from The University of Sheffield in the UK where researchers came to the same conclusion that when people daydream about their significant other, they experience more love, happiness, and connection in that relationship.

And if experience really bad times in your relationship, daydreaming could be the first step to transform it. As I said to my girlfriend, you have nothing to lose; your marriage is almost dead. Everything that you tried did not work. But you could still daydream. At least you will create blueprints of what you want in your future, with or without your spouse. Because now you are constantly worrying and re-creating what you don’t want and experience the same problems over and over again.

What is the benefit of daydreaming about your partner

In closing, though, I want to emphasize just how much context matters when it comes to mind-wandering and daydreaming. As two prominent researchers so eloquently put it, “not all minds that wander are lost“.” 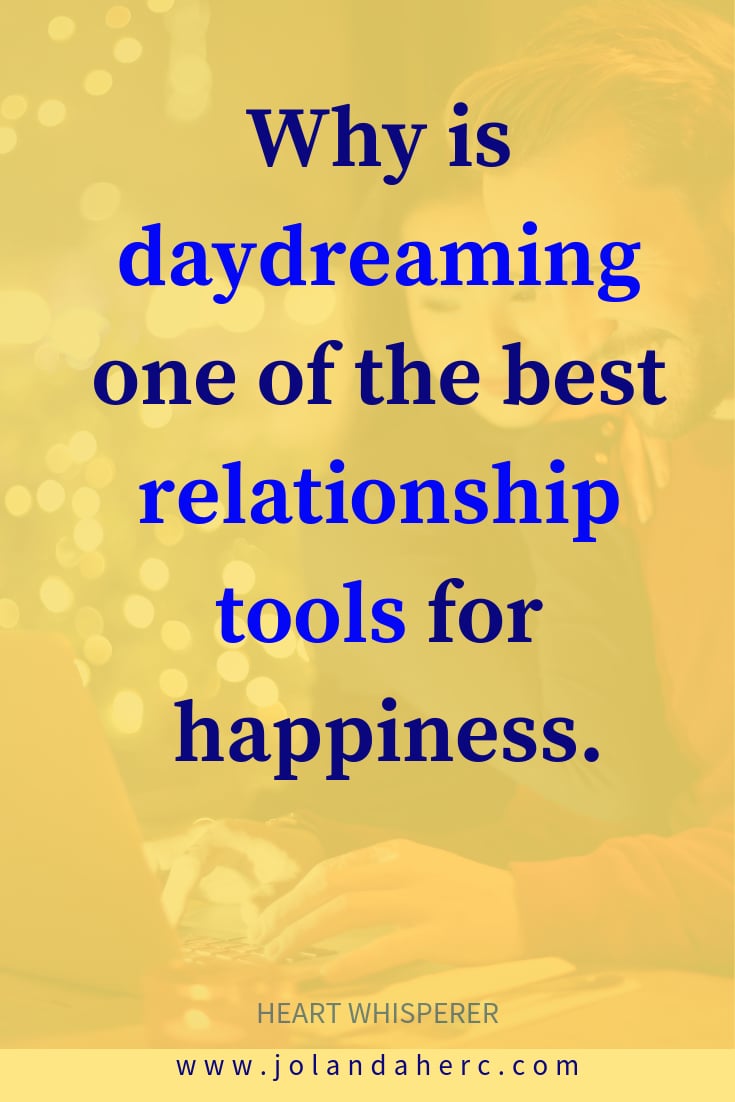 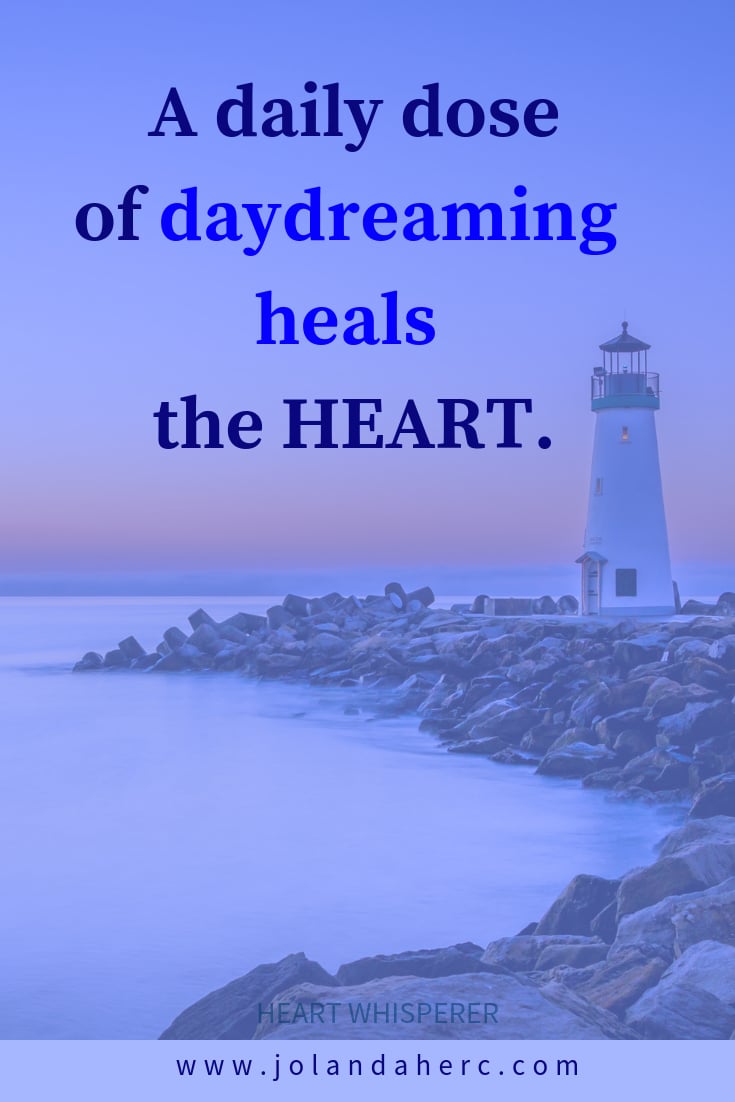 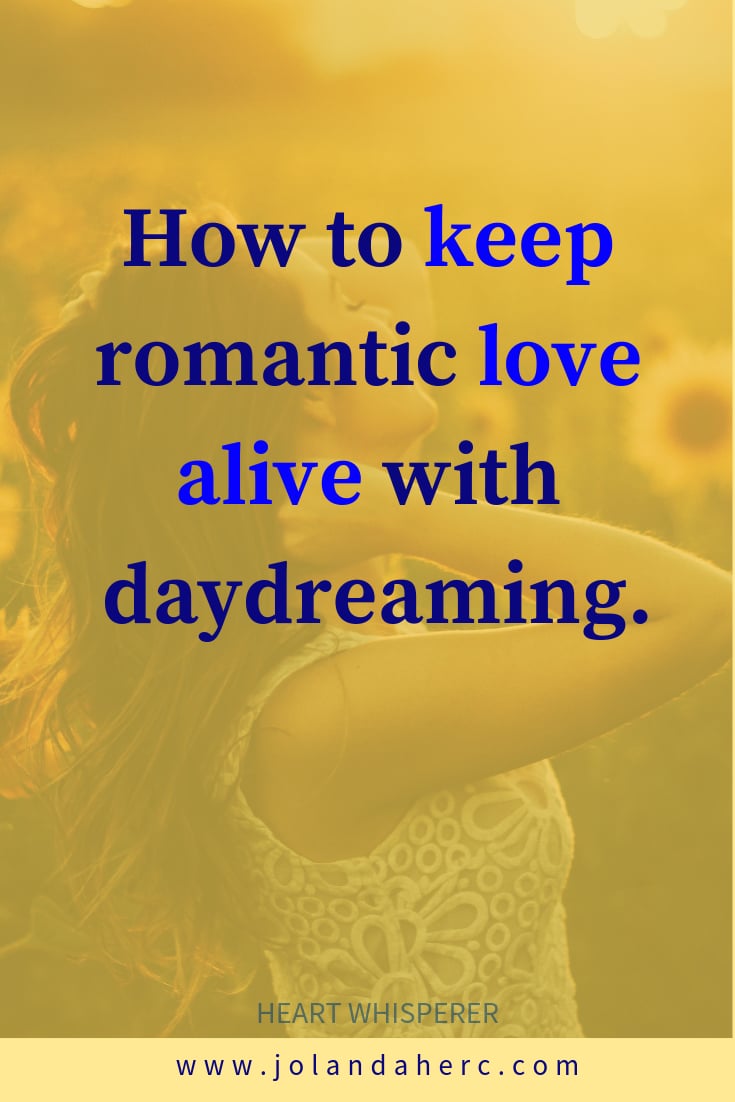 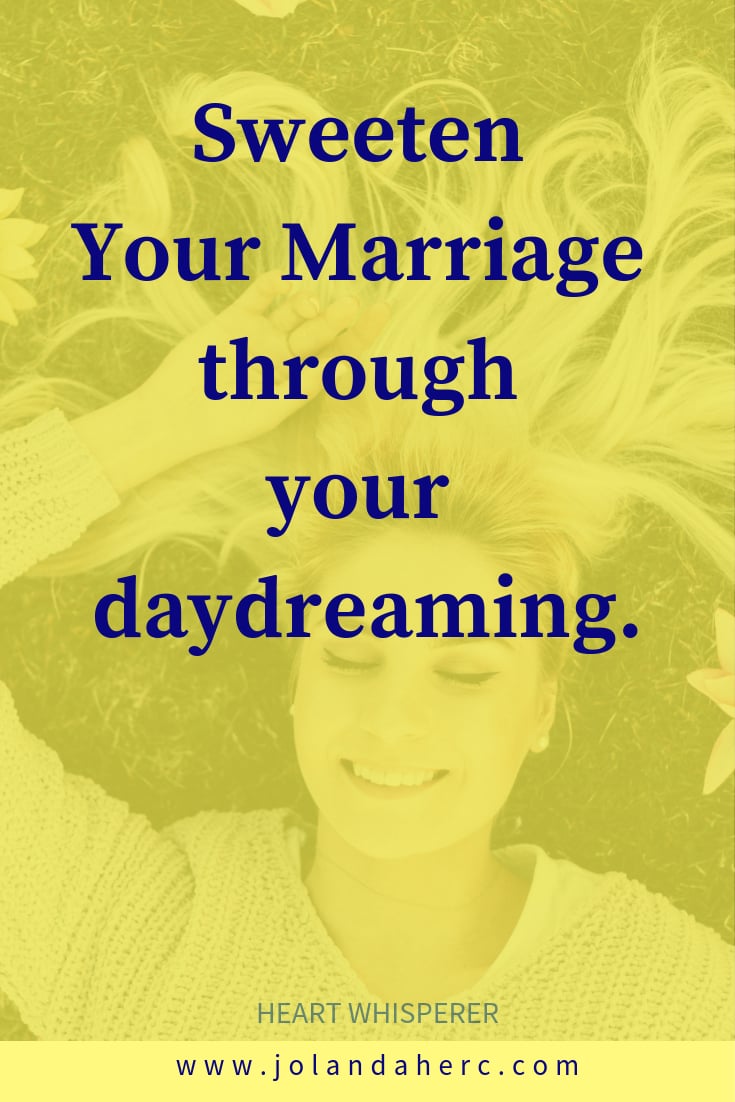 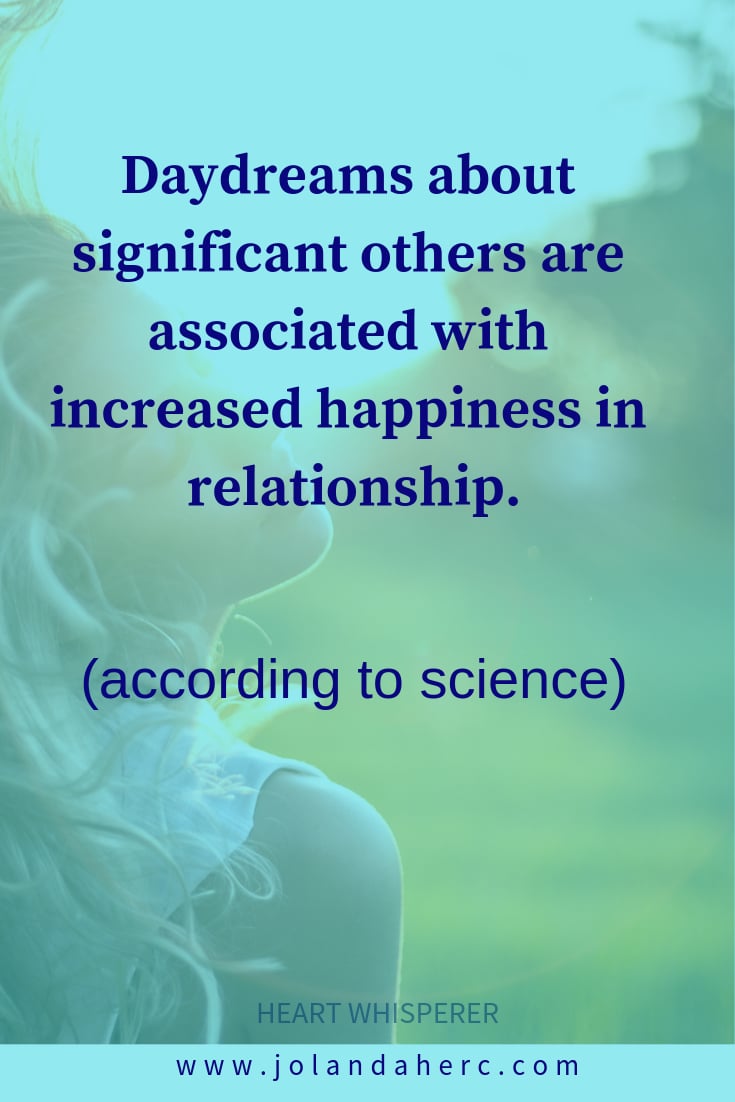 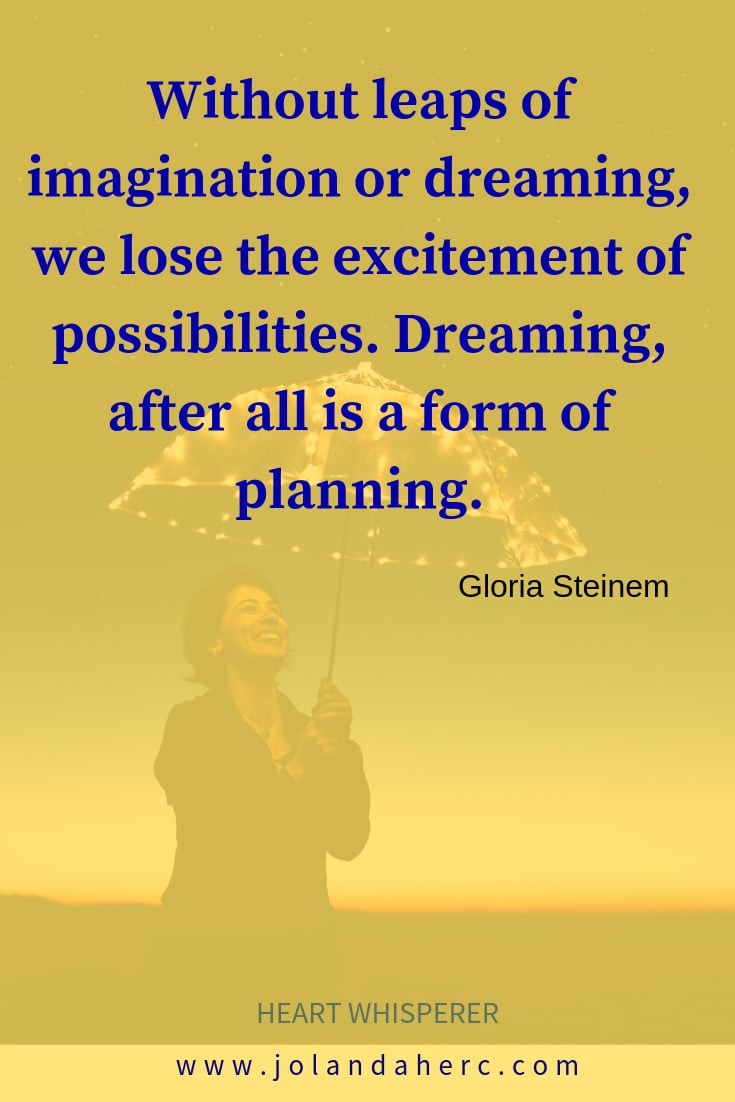 Hi, I'm Jollanda. I show people like you how to stop hiding their beautiful, imperfect authentic self in a relationship (or on the way there). Asist them to discover who they truly are and how to fully give every aspect of their uniqueness to a partner and a relationship. Showing them how to listen to the wisdom of their own hearts to find and keep the love alive.