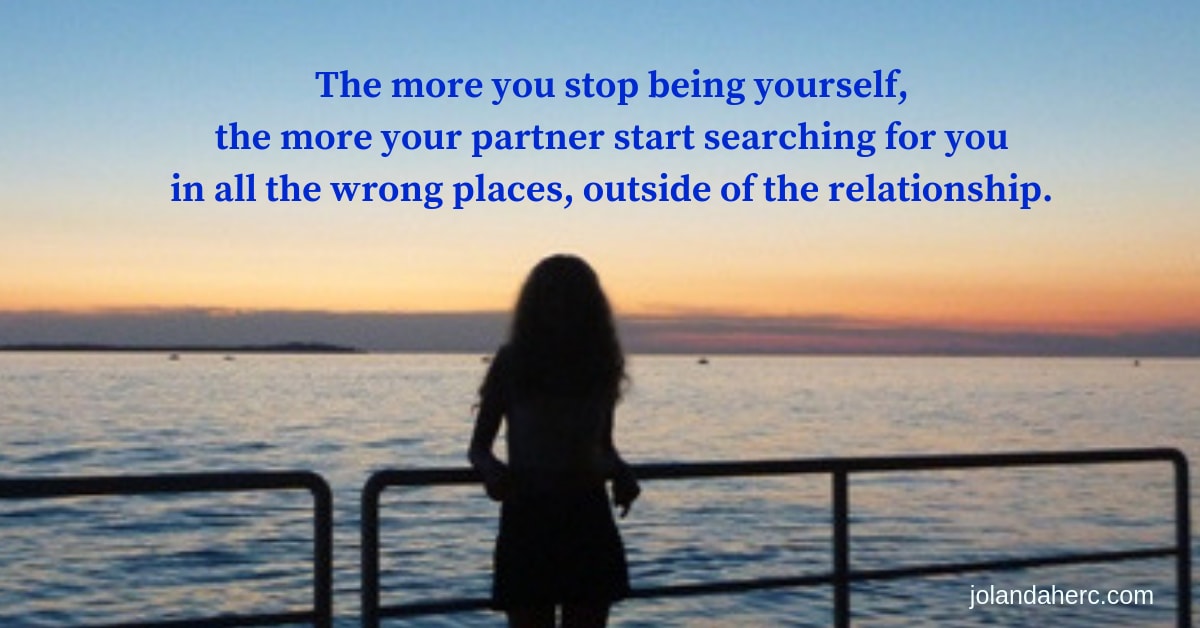 Is it possible to Protect your marriage from infidelity?

Did you know that the majority of people are not cheaters? The most common reason for infidelity (in marriage or relationship) is, that one partner is missing something important in the relationship.
And at the end, he (or she) tries to find that missing piece somewhere else with somebody else. Most of the time is so not about the physical attraction of the opposite gender at all.

A true love story with a sad ending

I still remember the summer evening, sitting with my friend and her new boyfriend in the cafeteria.
She was constantly demanding something from him, nagging him, criticizing him for small stuff.

I was watching them and already asking myself, how long will it take for him to have enough?
How long till he could not take it anymore? How long till he would be exhausted, without energy, and tired of her demanding voice and nagging?
What struck me was; how she was doing everything to push him to find love somewhere else and she could not see it.

After three years of marriage and a kid, he cheated on her with another woman. He was not a typical cheater.
He was so desperate and tired and lonely and without energy after a heavy dose of nagging and criticism when he meets this woman.
She was the opposite of his wife, supporting and loving and appreciative, non-demanding.

First, it was just talking and finding somebody with whom he could take a break from the pressure and feeling that he is a failure as a husband,
that nothing that he does is enough. That no matter how much he tried, his wife is more and more demanding and bitter.
No place for love anymore. Then one thing leads to another and in the end, he left his wife and moves in with this woman.

Too much criticism and too little appreciation

The thing is, nobody told her what the real outcome of her effort will be. Not what she believed it will be.
And when she saw with her own eyes the real outcome, lost marriage, it was already too late.

And she also discovers one more thing that nobody told her, that he would gladly do so many things if she just stops criticizing him.
Allow him to do it in his way. Help her with kids, help her in the household. Help her with daily chores.

If she just knew, that criticizing her took away all his energy and willingness to help her or just do his part.

She knows that now. If she only knew that he would become the more and better version of himself if he has her support and appreciation.
We often see appreciation as something to boost a person’s ego. But we are missing the point.

Appreciation is so much more. It is one of many ways to save your marriage without relationship counseling.

When a woman acts like she could take care of herself and she doesn’t need a man, the man starts to question:
Why do you need me then?
following with disappointing realizations:
You don’t need me at all!

Then he slowly disappears from a relationship.
And find a woman who needs him and feels that he is enough.

In today’s world where a woman can be financially independent, it is not so much about material safety that men provide for her.
It is more about a man having a feeling that she needs him and allowed him to provide something for her.

Not because she could not take care of herself, but because he adores her and want to take care of her.
When a woman tries to prove to the man that she doesn’t need him, that drives him away.

My friend Maja grew up in a family where you need to take care of yourself, be enough for yourself, never rely on others, and be strong and self-sufficient.
She learned at a very early age to start protecting herself and stand up for herself.
To the point that it became normal behavior for her and even something to be proud of.

And anyway society today supports this image of the woman, who is independent, strong, and capable of taking care of herself.

But in her relationship that did not sit well with her partner. He wants to protect her, to take care of her (not financially).
And she did not let him. It wasn’t safe.
In her head, she still lives in a hostile environment, constantly on guard, when somebody will attack her or take advantage of her.

It took her a long time to feel safe enough to put down her armor and let him do the things for her.
And she was surprised how that increased love in her relationship.

When we stop being ourselves in the relationship, our partner can’t find us to love us

The problem with stopping being ourselves in a relationship is that WE are missing in our relationship.
The person that our partner falls in love with slowly disappears.

How does that happen?

A lot of times we are preoccupied with trying to be the best possible version for our partner (according to whom?- everybody has different role models) that we forget what we want,
what makes us happy and suddenly we change so much (to keep love) that the woman who he falls in love with, completely disappears.

So much relationship advice is on how to change the way you communicate, relate, and treat each other.
And then you try to be and live all that, but that’s hard.

When you need to just remove all barriers that prevent you to remember who you are and you would naturally treat your partner most lovingly.
That will surprise you with the depth of love that you will feel.

Trying to change your partner

I know I have this funny idea that Saturday is the day when the house needs to be cleaned (of course my mother gave me this idea) and that’s the way it is.
After a year or so I discover that he cleans the house as much as I do, just not on my timing and my way.
It always starts with small things like cleaning and then they just pile up and bring tension into the house and throw laughter and ease out.

Playing a mother or father to your partner

When a woman plays a mother to her partner and treats him like a child, that could be very painful for a man.
He did not marry her to get another mother.

And vice versa when a man plays a father to his wife is showing her, that he does not see real value in her, he sees her as a child.

How to save your marriage after infidelity

Now that you know what the reasons for infidelity in a relationship are, what could you do about it?
If you notice that you are doing any of this, how could you change that behavior?

How could you start building your relationship again instead of slowly destroying it?
Start with small steps. And do not blame yourself or feel guilty; do not be afraid to change.

It is never too late to start again from the place of love instead of listening to the voice in your head
which try to control you with fears about losing your love and doing all these insane ineffective things to keep you safe.

Is it true once a cheater always a cheater?

it depends on why they cheat.
If they only cheat because they were lacking something important for them in a relationship and in the end finds that somewhere else.
They will never cheat again.
In that case, if you know what is important to him, it is easy to protect your marriage from infidelity.

But if it is not that, then they will always cheat. Sometimes people cheat because they don’t want to be too close to somebody.
It is easier to split time and attention and emotions between two people than to be in a relationship with just one person.
Those who cheat over and over again are too afraid to be too close to someone.