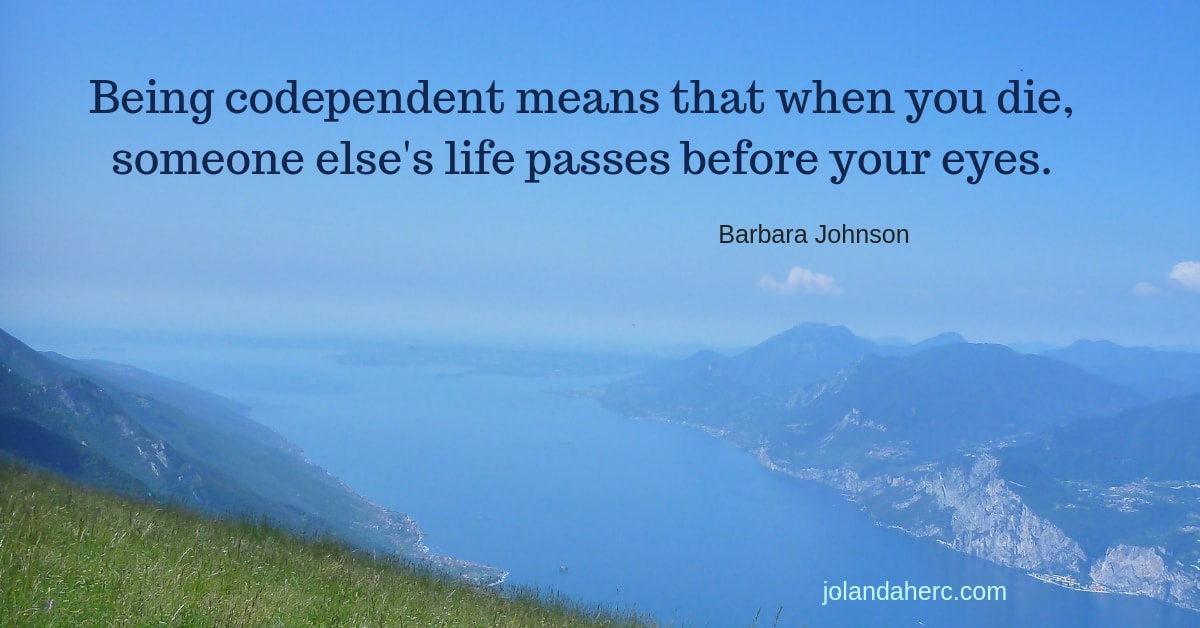 How to step out of codependency?

If you want to stop being depended on others, let first try to understand why you became codependent.
The original cause is obvious – it came from childhood, where others put you down, treat you unloving
and basically teach you how to survive with doing everything to please them, to get their approval and be liked by them.

It was actually not about love, because their hearts were way to close to be able to love you.

So your codependency starts because you need to survive.
Be proud of that, you manage to survive.
So now you know that you are not less than others, who are not codependent, you just did what it takes to grow up and you should give yourself pat on the back for that and be proud that you did it.

You are not broken and you don’t need fixing.
Do not see yourself as less than others, who are not codependent.
Codependency is not an addiction, is not a disease and is not an indication that you don’t have enough self-worth and self-esteem.

I love the book Codependent no more by Melody Beattie and it’s full of useful advice.
But labeling you as codependent and addicted is not really helpful.
Because that’s not you. That’s just a label, belief, role that you need to play to survive. You master that role, but that’s not who you are.
It could save you a lot of time on your path of releasing that role if you could start from that realization. You are not codependent.
You just did what you need to do to survive.

It just a sign that you grew up in a harsh environment (without blaming your parents, they usually have a much worse childhood, mine did) and learn survival skill.
The way out is to realize, that now you have a choice.

That is the big deal. You need to see and feel that now you have a choice. That’s the whole turning point.
You could use any support group to get to that point.

But you need to get there.
You did not have a choice in your childhood. Now you have it.
A support group is great to help you in transition time.

The biggest secret to stopping being codependent is (or at least was for me) that I realize that my codependent behavior is not me.
It is the role that I start to play because I needed to survive.
It is an identity that I play so long that I start to believe is part of me.

The way out of codependency

Explore the identity, the role that you play to protect yourself from being hurt

Did you start to like certain things just because your father or mother liked them and you want to get their approval? Did you participate in any sports activity, music, science … just because your parents wanted you.

What was your way to get their attention (so that they approve of you, praise you) or avoid it (to not be a target of their violent outburst).
The interesting process that could help you along the way is questioning your stories with the work of Byron Katie (read more)

When we learn all those ways to protect ourselves, we push deep down the sadness, disappointment, hurt, pain, loneliness, abandonment, fear, and many other emotions. We became strong and thoughtful. But all those emotions are still there. And when you start to step out of codependency, your rational mind knows what is best for you, but these emotions still keeps you in depended behavior. They are like fuel, the magnetic that is pulling you back into the codependent behavior.

The only way out is to learn processes to release stuck emotions.

Don’t try to release stuck emotions before you do THESE:  feeling safe  (in your body, in your environment and with other people).

Only then  use any process to release them. You could not release them just by thinking and analyzing (that why just analyzing and talk therapy does not fully work). You need the energy to move them out. Like you could not move the object just by analyzing or thinking about it. You need energy, movement to move it.

The most successful for me was combination of self EMDR and wholebody focusing.

Now that you actually start to disengage from your identity and seeing that is actually not a vital part of you, you need to move slowly.

When you will start realizing that this identity, the role that you play is not you, it will start to fall away.

But then you will feel like something is missing inside you, something that was there so long and became so familiar and feel like home. Not loving and nurturing home, but it is still the only hope that you know. And home is something that we all go back to over and over again.

The way out for me was to replace this empty feeling inside me with me.
How do you do that?

By getting to know what you like, what you love, what brings you joy. The more you focus on what you want and enjoy the more you start doing that and with that start being your authentic self, being you.

And I started with basic like Do I really like running or I just do that to stay healthy? I hate running, so I throw that activity out of life. Do I really like cycling? Yes, it makes me feel more alive cycling in nature.

Do I really like pink color or is this just something that I pick up from commercial? Oh, I love the pink color. And you could continue with similar questions.

READ NEXT: How to deal with the controlling spouse?